Whether you’re a college graduate looking for your first place or an executive new to the area who’s trying to decide where to put down more permanent roots, you may choose leasing as your first residential option in metro Atlanta. Fortunately, you’ll find no shortage of vibrant neighborhoods in Atlanta and its suburbs in which to rent an apartment. Of course, choosing the best apartment for you brings into question several factors, including price, living space and an area’s quality of life. Here, KNOWAtlanta features four rental hot spots in the metro area and details what makes them so appealing to those who are looking to lease. 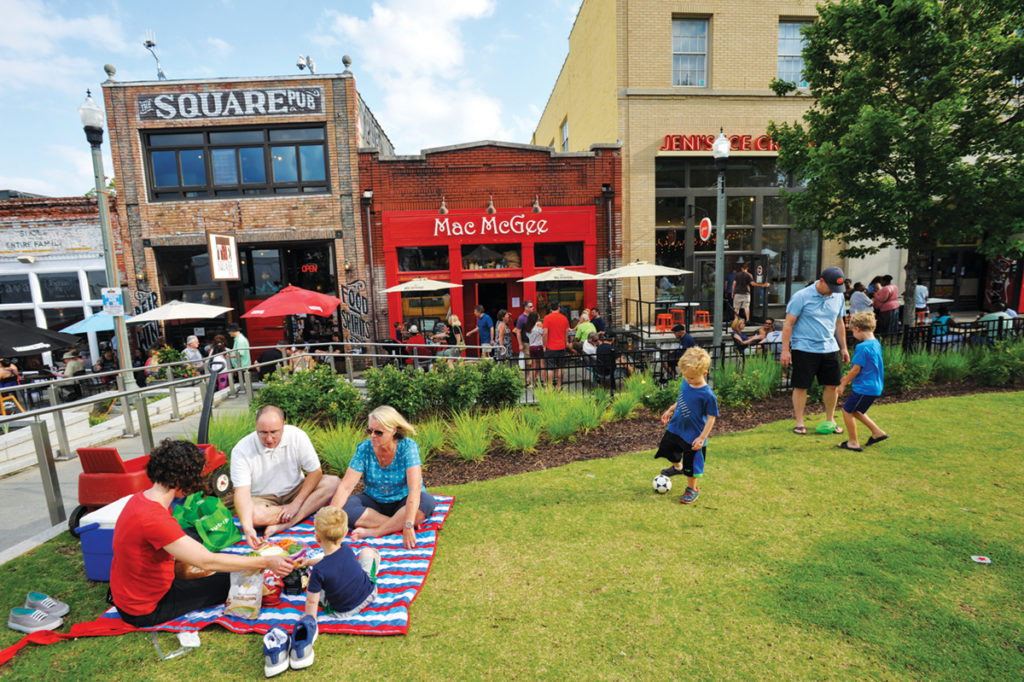 A relatively small area of only 4.2 square miles, Decatur is located at the center of DeKalb County, east of Atlanta. The city has added about 800 new apartments in the last five years, with more currently under construction. Most have two bedrooms or fewer, and the greatest concentration is located in bustling downtown Decatur. In addition, a mixed-use development in the East Decatur district is planned and will offer 378 market rate apartments and 92 senior affordable units, as well as access to the Avondale MARTA station. Throughout Decatur, the average rent for an apartment is $1,032 for 1,000 square feet. Nearly half of the available apartments range from about $700 to $1,000.

The major draw in Decatur is quality of life, walkability and the access to MARTA, since the station is located in the center of Decatur, as well as the East Lake Marta and Avondale stations. Atlanta, Midtown and the Emory/Clifton Corridor employment center are easily accessible via MARTA, and Decatur has a high-performing local city school district that young families find attractive. 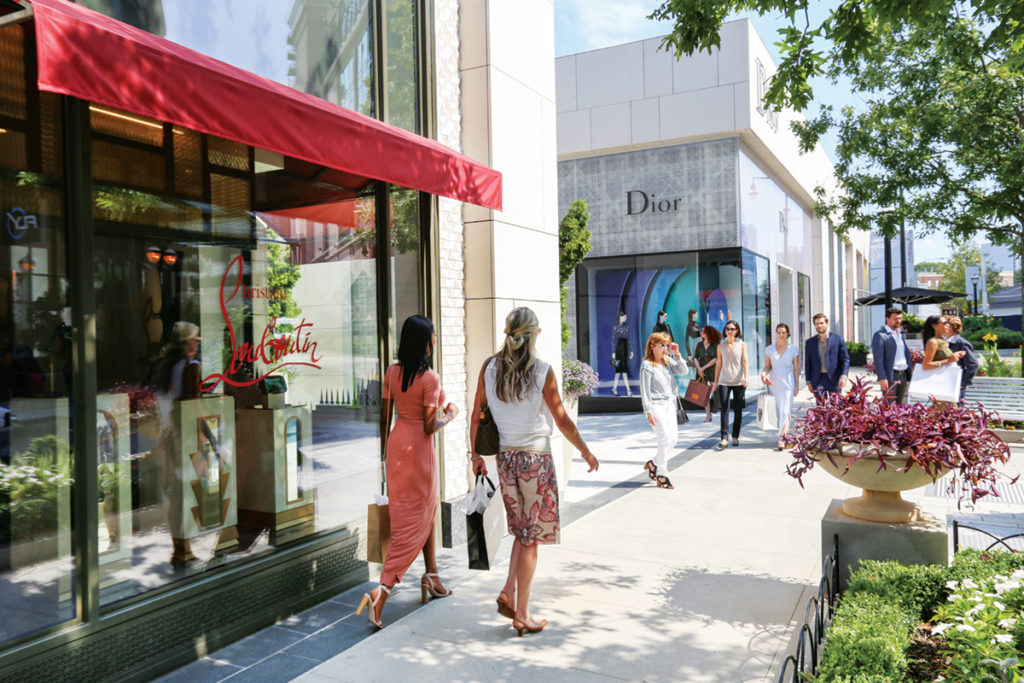 Atlanta’s upscale Buckhead neighborhood is where you’ll find premium shopping, dining and charming Southern-style homes. The Shops at Buckhead is a walkable area that spans eight blocks and features high-end shopping and both exquisite and casual dining experiences. That shopping experience extends to Lenox Square and Phipps Plaza. And for a dose of culture, the Atlanta History Center is a great option.

“Buckhead is known as the shopping mecca of the Southeast, the dining room of the state and the nightlife of the city,” says Sam Massell, president of the Buckhead Coalition Inc. “An overall quality of life is comforted with three dozen art galleries, 962 acres of parks, population diversification and extensive civic involvement.” Together, these features make Buckhead a go-to residential locale within the metro area. And renting an apartment is an excellent way to make Buckhead home.

Massell says multifamily rental units have grown by 130 percent since recovery from the Great Recession started in 2012. A growth of commercial interests has generated a magnet for a labor market in need of living quarters convenient to all modes of transportation and to new office buildings. Apartments are available in all sizes and at a variety of prices, with the residential profile being younger and more entrepreneurially motivated, as well as generally attracted to the expanding technology arenas. In Buckhead, like much of Atlanta, the average rent for an apartment is $1,379, with an average unit size being approximately 985 square feet.

Midtown
Midtown Atlanta is often considered the heartbeat of the city and is home to the Fox Theatre, High Museum of Art, MODA, Center for Puppetry Arts, SCAD FASH (Museum of Fashion + Film), Centennial Olympic Park, the Atlanta BeltLine and The Georgia Institute of Technology (Georgia Tech).

“There has been a large demand for renters in the Midtown area,” says Robin Fink, realtor and team lead at Robin Fink & Associates at Compass. “Purchase prices are so high that the younger, first-time home buyers have a hard time affording where they want to live. In an apartment, they can get a roommate without having to qualify for a mortgage.” 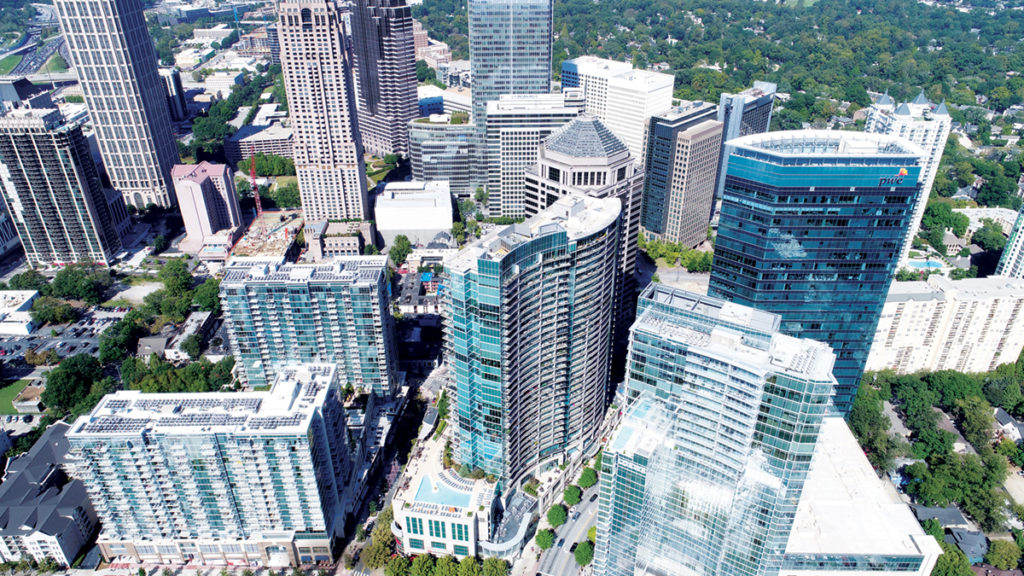 In Midtown, you can find anything from a studio apartment to a larger three-bedroom unit, as well as luxurious apartments catering to an upscale clientele. There also are Airbnb-type rentals for those needing a short-term stay. As with Buckhead, the average rent for an apartment in Midtown Atlanta is $1,379, with an average size of 985 square feet.

Some renters are transplants trying to learn the city and determine where they want to live, while others are young graduates just out of school, young couples or singles. And they all thoroughly enjoy the lifestyle afforded by Buckhead. For instance, Atlantic Station offers unmatched shopping and dining, perfect for fashionistas and foodies. The same can be said for West Midtown, a hot neighborhood also known as the Design District, where repurposed warehouses-turned-lofts, shops, restaurants and bars abound. What’s more, Ponce City Market, Piedmont Park or The Carter Center each offer a well-rounded day of culture and fun. Midtown Atlanta also hosts numerous festivals each year, including the Pride Festival, Music Midtown and the Atlanta Dogwood Festival. To boot, Fink says, “People love MARTA access for ease to Piedmont Park, the Botanical Gardens and the High Museum.”

Alpharetta
Situated north of Atlanta, Alpharetta has become a popular rental spot in recent years. The rental clientele is comprised of young adults fresh out of college, young families or families relocating from another state and executives looking for a short lease. Many residents move to Alpharetta to take advantage of its growing technology industry. In fact, Alpharetta is known as the “Tech City of the South,” with the area being home to more than 640 technology companies across an array of industry sectors. 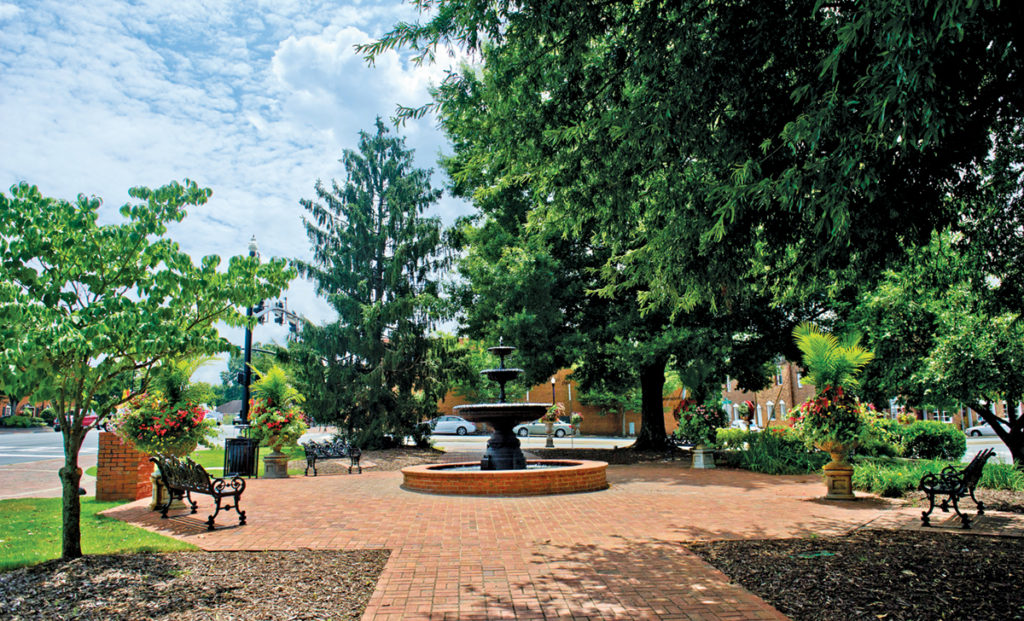 For those who want to lease, there are many options. Across Alpharetta, the average rent for an apartment is $1,427 for approximately 1,050 square feet of space. Most apartments fall in the $1,001 to $1,500 range. “There are both luxury and standard apartments,” says Amy Norman, a realtor with Atlanta Communities Real Estate Brokerage. “You can get one-, two- or three-bedroom apartments, with prices ranging from $1,000 for a one-bedroom to up to $2,000 for a three-bedroom.”

Alpharetta is also home to Avalon, a mixed-use development that has become a desirable area for dining, shopping and living. Other main attractions include North Point Mall, Top Golf and college facilities for Troy University, Strayer University and Georgia Perimeter College. Additionally, a major revitalization effort has led to the establishment of Alpharetta City Center, a 26-acre mixed-used development featuring shops, restaurants, single-family homes and apartments; Amorance offers one- and two-bedroom units, as well as townhomes, in the heart of the new downtown district, which also features City Hall, the Alpharetta Library and five park

Welcome to Alpharetta Find the perfect Alpharetta hotel. Whether you’re in town for a quick business trip or plan to explore the Alpharetta area while vacationing, Alpharetta of... read more