It’s no secret that Georgia has been recognized for its exceptional business-friendly environment. In fact, Site Selection has named it the number one state for doing business for eight consecutive years. That kind of reputation undoubtedly attracts companies of all sizes to settle in the area every year, establishing headquarters, distribution centers, customer service operations and more. And many of those organizations have found a home right here in metro Atlanta. Here are some of the most recent big business moves to our fair city and its surrounding areas.

A world leader in digital payments, Visa has decided to open a new hub in Midtown Atlanta. The company expansion, which will take advantage of Atlanta’s Transaction Alley resources, will comprise a 123,000-square-foot office off Peachtree Street that is expected to open in 2022. The office will house a variety of teams and functions with a particular focus on technology and client service. The hub will bring 1,000 new jobs to the region over the next several years.

MBSE, the largest studio-based equipment company in the world for film, television and events, announced that it will open a new East Coast headquarters in Georgia. The headquarters will take up residence at Trilith Studios in Fayette County, which has become one of Atlanta’s most prolific film production areas. The 100,000-square-foot space will be the company’s largest global hub and serve a growing list of clientele, including more than 75 Atlanta area stages and a satellite facility in Savannah, with a 100-member onsite team.

With a need to expand its North American headquarters, global material handling and logistics company Vanderlande Industries, Inc. will invest $59 million in its Cobb County location. The expansion will create 500 jobs in Marietta, where the company has resided for more than 20 years. The company will move into a newly constructed 152,000-square-foot facility and begin hiring for positions in engineering, operations, supply chain, software development and sales. With the expansion, Vanderlande will employ a total of 1,250 people in Georgia.

Medical technology company Intuitive, which is a pioneer in robotic-assisted surgery and a global leader in minimally invasive care, plans to invest more than $500 million to expand its current campus in Gwinnett County. The development will bring 1,200 jobs to the Peachtree Corners location, which will expand in phases through 2024. More than 750,000 square feet will be added to the campus for manufacturing and engineering operations, as well as state-of-the-art training facilities for surgeons and hospital care teams. Positions available will be in everything from manufacturing and production distribution to sales, training and customer service.

SUNGDO ENG USA, an industrial plant construction company, recently opened a corporate U.S. headquarters in Gwinnett County. The organization, which is a subsidiary of Korea-based Sungdo Engineering & Construction, boasts an 11,735-square-foot office and warehouse in Suwannee, which will create 30 jobs in the mechanical, electrical and process engineering fields. SUNGDO provides highly technical construction services to many Georgia-based clients and wanted to have a high-tech facility that could serve a range of innovative companies. 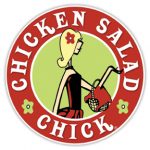 The beloved fast-casual chicken salad restaurant chain, which is known for its scratch-made, Southern-style varieties, moved its headquarters from Auburn, Alabama, to Atlanta in the first quarter of 2021. The new headquarters is located in Vinings, and the move is designed to help the company scale at an accelerated rate. Currently, Chicken Salad Chick operates 32 locations in Georgia, more than any other state in the country.

Moving from Memphis, Tennessee, to Atlanta, ServiceMaster Brands will set up its new headquarters in the Glenlake development in Sandy Springs. The goal of the move is to allow the building maintenance services company to better serve its franchisee network. The relocation was announced in March and is expected to be completed by the end of the year; it will bring at least 50 jobs to the area.

Wanting to establish a technology and engineering hub on the East Coast, vacation rental company Airbnb selected Atlanta as its location. The office will be home to one of the organization’s product development teams, as well as a number of other employees, and the Atlanta location will become the regional base for hundreds of technical and non-technical roles.

Freshly’s new 134,000-square-foot dedicated order assembly facility, located in Austell, is the company’s largest to date. The New York-based fresh-prepared meal delivery service recently made its move to Cobb County, investing $3.2 million in the distribution center and bringing with it a plan to hire at least 250 employees. The center is Freshly’s first Southeastern distribution facility and gives it the ability to better serve its rapidly growing customer base.

While Microsoft has had a presence in Atlanta for the last several years, the company announced significant expansion plans in the metro area. The tech giant intends to build a massive new campus on 90 acres of land in Quarry Yards and Quarry Hills. The expansion announcement follows Microsoft’s recent opening of a new office in Atlantic Yards and its plans to establish a new data center region in Douglas and Fulton Counties.